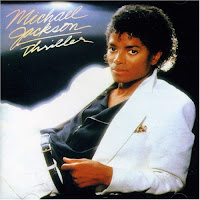 Michael Jackson Yoga-laties night at Bamboomoves. Being that this past Friday was the one year anniversary of the King of Pop, Michael Jackson's passing, we had a full play list of MJ songs. I have to admit, having the Madonna night and Michael Jackson night were amazing experiences because the music is soooo good! Usually my mix play list for yoga-laties class has one song of each artist in the selection (since I am a big fan). After the Madonna night some people asked me "what about Pappa Don't Preach" ? "What about Borderline"? and I have to admit, while I LOVE and have the songs, it is only a 1hr & 15minute class. Even when it came to our Michael Jackson night, it is amazing how much brilliant music this one artist has. We began with "Rocking Robin" "ABC" and progressed into "Billie Jean" "Man in the Mirror" and more. Some people sang along through their sweaty workout, we let out a "HEE HEE", and a "CHAOOOO", if you are a Michael fan you will understand. Nobody busted out in a moon walk, but maybe in the future. I have to point out that both artists (Madonna & MJ) have "original" great music, not that they wrote all the songs, but their signature styles oozes out of every word. They had music that made people feel good, and style all their own. When "Billie Jean" came on the speakers, I couldn't help find myself with a second wind of energy. At this point in the day, I was tired, taught 3 classes, had a chakra workshop to conduct after yoga-laties, and it was HOT, but something about the beat of the music and MJ's voice that was fantastic. My second wind made us do extra sets of leg lifts, which led to various texts/emails from folks saying that "they didn't feel the jiggle in their butt", "their butt and thighs ached". YEAAAAA!!!! Michael Jackson night was a hit. Most people agreed that they enjoyed Madonna night and Michael Jackson night, but one person said loud and proud "I liked Pearl Jam Night". We did a Rock night and had some Pearl Jam music on, so our Pearl Jam fans were happy, as was I. Music does make a difference in a challenging class, and being that we are made of vibration, good music allows us to enhance this vibrational frequency. While there are still eye rolls, grunts, moans, awareness of summer humidity, screams for divine intervention "Oh My God" and a room full of soaking wet participants, people still keep coming back!!!! I feel the love! Good job to everyone who sweat it out! Bring your water bottles and stay hydrated throughout the week! See you all Wednesday night for another sweaty class with good tunes.
Posted by Ambria of riya yoga at 4:43 AM