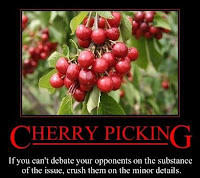 Since Yoga-laties began at Bamboo, which I personally would prefer to call it "Zoga-laties" as it is a mix of yoga/pilates/Indian wrestler/mayhem/sweaty bliss all created from an inspired play list, the energy of the group, MY MIND, and the moment that exists within that sweaty 75 minute class. Each class is a challenge and sometimes I add new things, change the order/sequence, have new play lists, share inspiring stories, and crack random jokes. The substance of the class remains the same, while the tiny details can change.
Tonight, after nearly an hour of sweaty bliss, one devoted student called me (in the most indearing/loving way) "crazy" to which I agreed, I am. I am crazy about inspiring people to better health and wellness. If you are committed to taking class I am committed to your experience. Since she had also pointed out that "Pappa Don't Preach" was not played on our Madonna night class, I made sure to put the song on the playlist tonight, and share how this was another song I chose to perform as a little girl, at a slightly inappropriate age for my loving local, conservative Indian association. Looking back, it was great, "I" didn't think anything was inappropriate, but due to my age, and the lyrical content, many in the audience disagreed.
We had The Black Eyed Peas "My Humps" to inspire our butt section, Pearl Jam "Even Flow" to inspire some flowing sit ups, Aerosmith "The Other Side" to inspire to alternating side planks and "Don't Wanna Miss a Thing" to lead us into Savasana. I love when people sing along, that is always fun! One thing that remains consistent in class is "Cherry Pickers". For some reason, while I changed the order of our sequence, people got excited that the Cherry Pickers would not be on tonight's menu of mayhem. No such luck Boogie Down Bronx. If the play list goes on, so do we. We picked, and picked, and picked while some students assumed that others had spilled the beans and indirectly reminded me, I was actually saving it till the end. Come on folks, "Cherry Pickers" is a staple in our class thus far....expect it every time. While we are not literally picking Cherries, it is a wonderful feeling! Tonight, it was the Cherry on Top, literally!
Posted by Ambria of riya yoga at 7:40 PM